The German company Uniper Anlagenservice GmbH has become the first company to complete the dismantling, segmentation and conditioning of two pressure reactor vessels (RPV) in parallel within one year. In December 2021, the company successfully completed the dismantling of the ships of the Swedish Barsebäck Unit 1 and the German Neckarwestheim I Unit.

Uniper Anlagenservice – a dismantling subsidiary of the Uniper utility – acted as consortium leader in both projects. For the Barsebäck project, the consortium partner was Nukem Technologies Engineering Services GmbH. In Neckarwestheim he worked with GNS Gesellschaft für Nuklear-Service mbH and Westinghouse Electric Germany GmbH.

In December last year, the company completed the dismantling and packaging of the Barsebäck 1 RPV within a year. 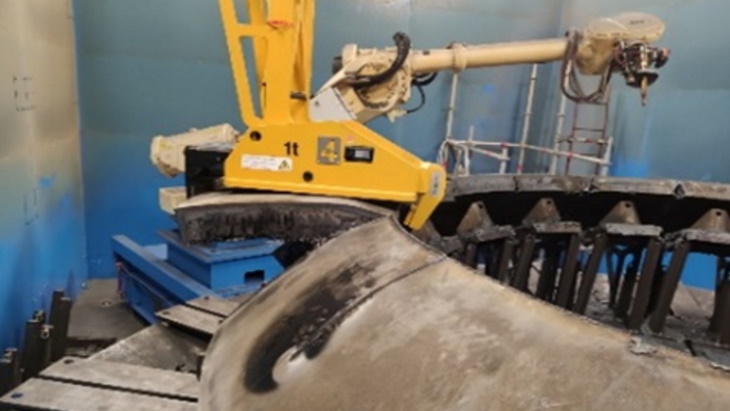 The cylindrical pressure vessel of Barsebäck 1 was originally thermally cut into 13 rings between 0.9 and 1.8 meters high, by Nukem Technologies. A custom robotic system with a high load capacity turntable inside a steel enclosure was then used to remotely cut these large pieces into smaller sizes of approximately 1 square meter. Starting with the RPV cover, through the 500mm thick RPV flange ring and 140mm thick RPV ring segments and ending with the bottom head of the vessel, the cutting system remote-controlled robot showed flexibility to cut all the complex-shaped parts. A total of 430 tons of steel were segmented and packaged in 64 waste containers with a capacity of 2 cubic meters each.

The same technique will be used at Barsebäck 2 as well as at Oskarshamn 1 and 2.


At Neckarwestheim I, after the internal components of the RPV were dismantled by consortium partners GNS and Westinghouse, Uniper Anlagenservice and GNS installed the vessel’s segmentation and conditioning equipment. This equipment included a ventilated enclosure, an auxiliary crane, a video surveillance system, a thermal cutting system, a packaging station and other specific tools and installations. 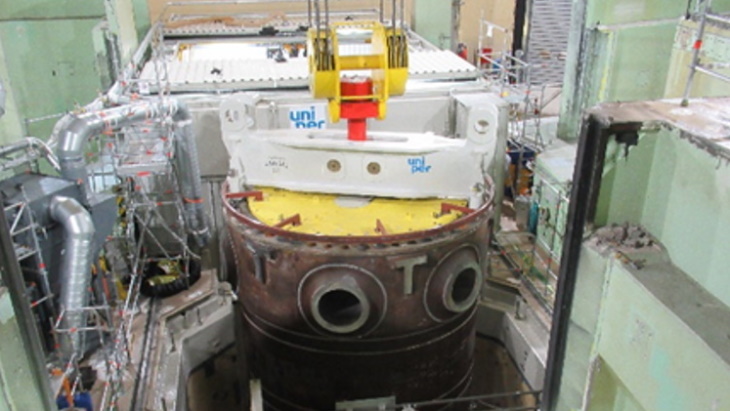 Lifting the Neckarwestheim I RPV from its installation position (Image: Uniper)

Subsequently, after installing the segmentation and packaging equipment and passing all the necessary tests with the customer, an independent expert and the authorities, the RPV – with a mass of 235 tonnes, a height of 8.3 meters and a diameter of 5 meters – was removed from its installation position and lifted into the ventilated enclosure. Inside the enclosure, the flange ring was separated from the rest of the vessel by thermal cutting and transported to a segmentation area, which was equipped with a wire saw. In parallel with the wire sawing, the flange ring (with a wall thickness of up to 473 mm at the segmentation area) and the RPV (with a wall thickness of up to 216 mm) were cut thermally into segments inside the ventilated enclosure. In total, the RPV was cut into 102 segments with an individual mass of up to 8,2 tons each. 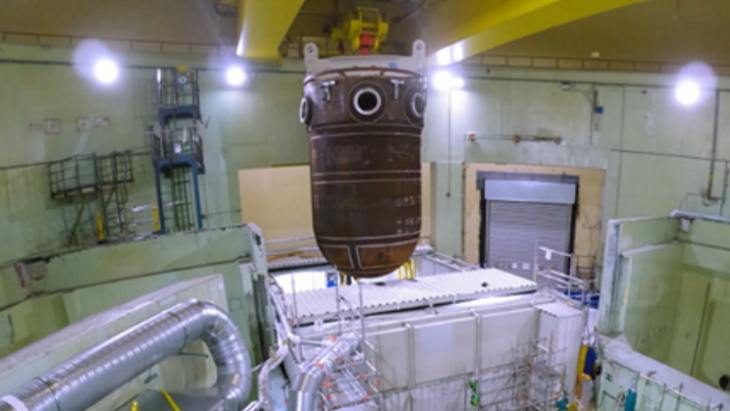 Lifting the RPV in the cutting enclosure at Neckarwestheim I (Image: Uniper)

The RPV segments were transferred by a newly erected auxiliary crane to a packing station where the individual elements were placed in standardized sheet steel containers, which meet the requirements of the German Konrad standard. 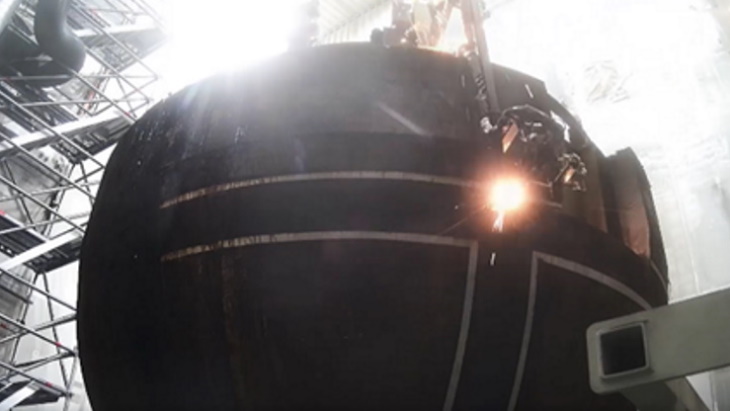 The RPV cutting process at Neckarwestheim I (Image: Uniper)

As with the project in Sweden, the dismantling and packaging of the RPV at Neckarwestheim I was also successfully completed in December 2021. 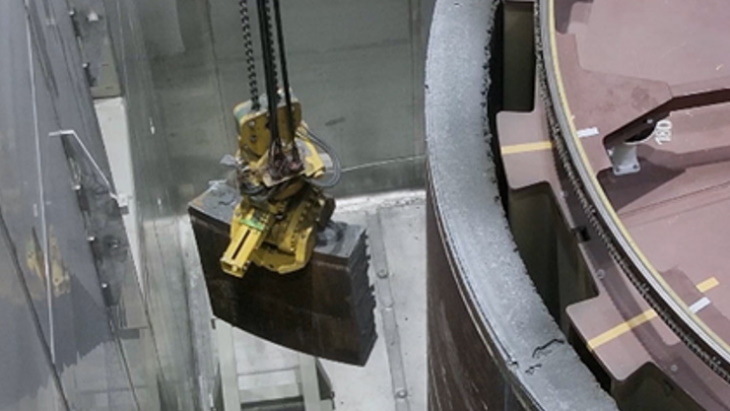 A section of the Neckarwestheim I RPV is removed (Image: Uniper)